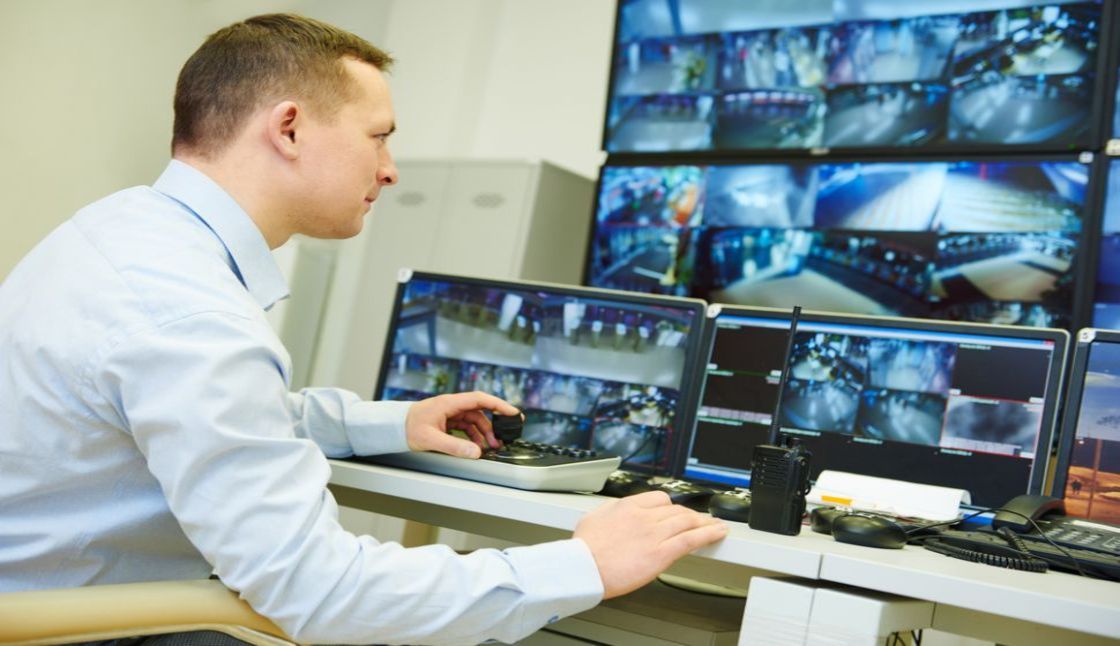 Throughout history, there have and always will be people who simply want to take what isn’t theirs. The desire to thwart burglars and keep the home safe and secure goes all the way back to before the ancient Romans, who used domesticised dogs and even geese to keep intruders and unwanted guests at bay. Today, we’re a long way from relying on geese to sound the alarm, with automated alarm systems and security cameras being the norm in households and businesses alike.

However, today’s security systems aren’t simply the result of a few years’ work - the foundation for smart security systems was laid generations ago. Over the last few years there has been significant development and investment in SecurityTech, with smart, artificial intelligence-enabled devices beginning to enter homes. To understand how AI-enabled home security has come about, we need to look back in time to see where these systems came from and the problems they were trying to address.

While the Romans used geese to keep people out, those in the Middle Ages went the opposite way and built large castles with moats and high walls to keep people in. However, where home security started to become really interesting is in the 1800s - when electricity became involved for the first time.

The first electric alarm system used to detect intruders was developed in Massachusetts, America and patented by Reverend Augustus Pope. The system was based on electromagnetic contacts that were attached to doors and windows then connected to a battery and bell. When the doors were opened, the magnetic contacts would separate, causing the loud bell to sound – frightening off the burglar and alerting the homeowner. This system was monitored by a central station and when the alarm was sounded, a guard was sent to the home to investigate.

Initially, many were sceptical of these electrical alarms, however, following the First World War crime rates increased significantly, and many were keen to find new ways to protect both homes and loved ones. Insurance companies also decided to offer premium discounts to those who installed the latest electromagnetic burglar alarms in the homes. As such, there was a huge surge in demand for electric alarm systems – laying the groundwork for today’s sophisticated connected systems.

Security cameras in comparison are a recent development in the history of home security, only making an entrance in the early 1960s. Originally used by the police and businesses to monitor shop fronts and public locations, these systems harnessed new videography technology in the form of closed circuit television cameras (CCTV). There were however a number of issues with these systems – namely the poor-quality of recorded footage and the inability to save video for future reference.

Over the following decades, video technology became more sophisticated, with the ability to record multiple video feeds at once and enhanced image-capturing overcoming the issues with low-lighting. As computers became more mainstream in the 90s, digital surveillance provided enough storage for days if not weeks’ worth of footage for indefinite periods of time.

Since then, there has been a burst of development in home security, with the advent of the Internet of Things bringing a new dimension of connectivity to security devices. Homeowners are now able to connect devices via the internet to their phones, meaning it’s possible to control almost every single security system remotely. For example, alarms can be activated by the simple touch on an app, camera feeds hidden in door bells can be viewed at all times and locks can be disengaged from any location.

However, while there is a definite want and need to protect homes, there has also been a significant shift in consumer focus towards privacy. One of the biggest issues many people have with connected home security devices is the fear that they will be hacked remotely by cyber-criminals. Even security systems installed by technicians run the risk of being ineffective, with the technicians knowing your house inside-out following the installation!

Home security should be easy, intelligent, and affordable – this is where artificial intelligence enters the picture. Most of the security technology developed was created to solve one issue at a time. Alarms were used to alert intruders, homeowners and authorities alike to intrusion, while cameras were used to record what happened at the scene – neither was capable of doing both for a long time.

While we now have alarm systems connected to cameras, the sheer quantity of data collected is impossible to process by humans alone – often resulting in break-ins being missed or authorities unable to catch the perpetrators. Artificial intelligence-enabled systems can process this data in real-time, critically learning over time which course of action should be taken given the circumstance and even automatically contacting the authorities if necessary.

AI-enabled devices also answer the twin question of how to keep homes secure while also ensuring privacy. Devices such as FLARE, recognise and categorise all incidents, patterns and exceptions to the norm automatically, meaning the home’s security gets smarter each and every day. The powerful sensors only turn the HD camera on at pre-set times or when unusual activity is sensed and it is turned off once a course of action has been taken – crucially, this ensures the home is protected while also remaining private.

Unlike the surveillance systems of the previous centuries, AI-enabled devices are not static machines simply watching – they are dynamic devices that adapt, learn and evolve to ensure homes are protected in the best way possible at all times. We’ve come a long way since relying on moats and drawbridges to keep us safe, and even electromagnetic alarm systems are a distant memory. The next wave of home security will undoubtedly see AI become the norm, with more households beginning to understand the benefits it brings over today’s static systems.