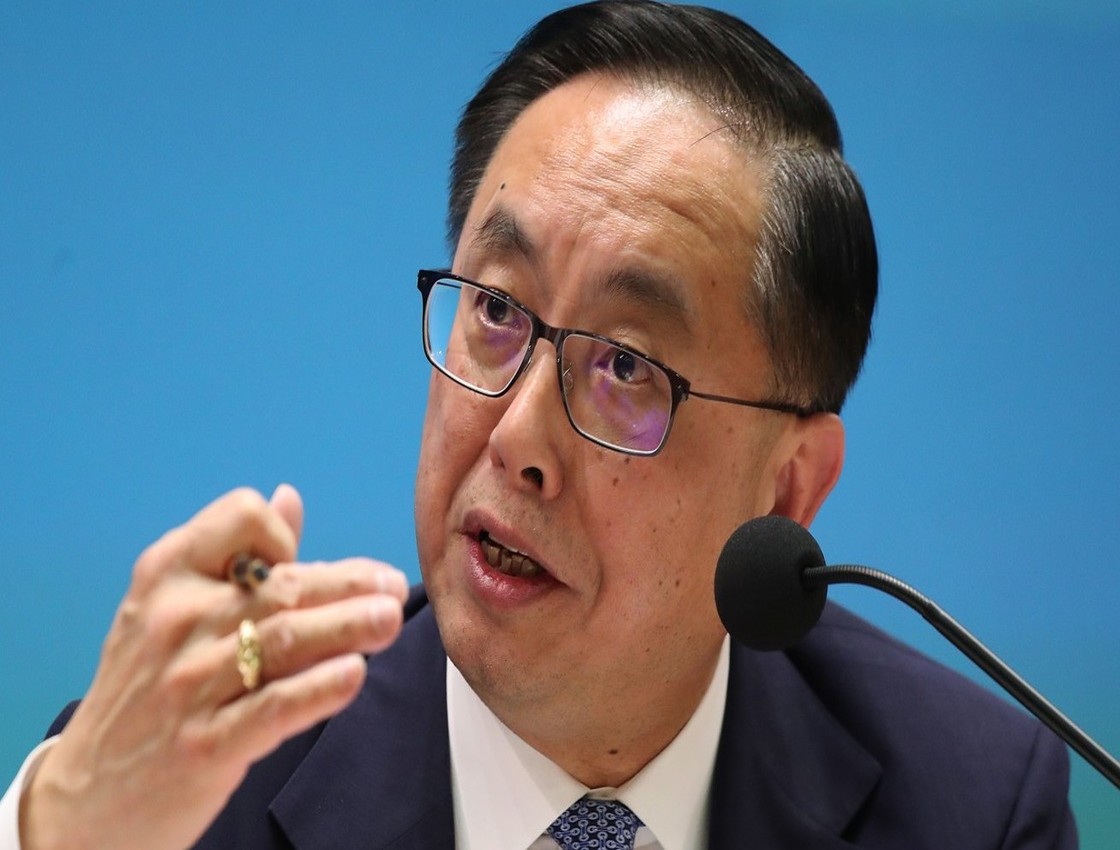 Secretary for Innovation and Technology Nicholas Yang Wei-hsiung said the “e-ID” would allow Hongkongers easier access to online services offered by the government and stronger safeguards of their personal data.
Views: 126

Hong Kong residents can expect to be issued with a new “electronic identification” within the next two years as part of plans to build a “smart city” and boost data security, according to the government’s technology chief.

Secretary for Innovation and Technology Nicholas Yang Wei-hsiung said the “e-ID” would allow Hongkongers easier access to online services offered by the government and stronger safeguards of their personal data.

The proposal comes amid mounting concerns over cybersecurity in Hong Kong. On Thursday several runners signing up for the Standard Chartered Hong Kong Marathon reported “suspicious transactions” on credit cards used to pay their race entry fees, although the organiser has not confirmed any breaches.

Speaking on Saturday after a radio programme, Yang said: “With the application of e-ID I hope safer electronic services can be provided by the government for the public. We plan to launch the service in the next two years.”

He added that Hong Kong’s cybersecurity defence systems proved “satisfactory” with the successful knock-back of the WannaCry ransomware invasion – a worldwide cyberattack in May that targeted firms using the Microsoft Windows operating system.

But Yang said credit card theft was a concern and the source of data leakages was often a user’s own phone or computer, resulting from people filling in too much personal data for online registrations.

The idea for an e-ID was first raised in Hong Kong leader Carrie Lam Cheng Yuet-ngor’s policy address on Wednesday, in which she proposed giving every resident a “unified digital identity and authentication” to conduct government and commercial transactions online, as part of a blueprint for a “smart city”.

Implementing the concept would put Hong Kong on par with countries such as Denmark, Germany and Israel, whose citizens use an electronic identity to pay tax, open bank accounts and even vote for state leaders.

While Lam did not give details on what form the e-ID might take in Hong Kong, a government source familiar with the matter said it would most likely involve creating an electronic version of a user’s physical ID card on their mobile phones, containing a digital signature and user authentication.

More than HK$100 million would be invested in the project, the source said.

The e-ID would provide a stronger security guarantee as all personal data would be safeguarded by the government instead of individual organisations, the source added. It would also spare users the trouble of creating different passwords for each website they register with.

But that doesn’t mean the new service will replace the existing physical ID card currently issued to all Hong Kong residents. The source said that would remain in use.

Charles Mok, who represents the information technology sector in the city’s legislature, welcomed the idea for the e-ID and said the government needed to do a better job protecting the personal data of local residents.

He said the e-ID would enable more accurate verification of a person’s identity by checking more markers, such as fingerprints and biochemical information.

But the lawmaker was sceptical of the government’s ability to keep data safe.

“In fact, the most significant data breach in Hong Kong was actually from our own government,” Mok said, referring to two laptop computers lost in March by the Registration and Electoral Office containing information on 3.7 million voters.