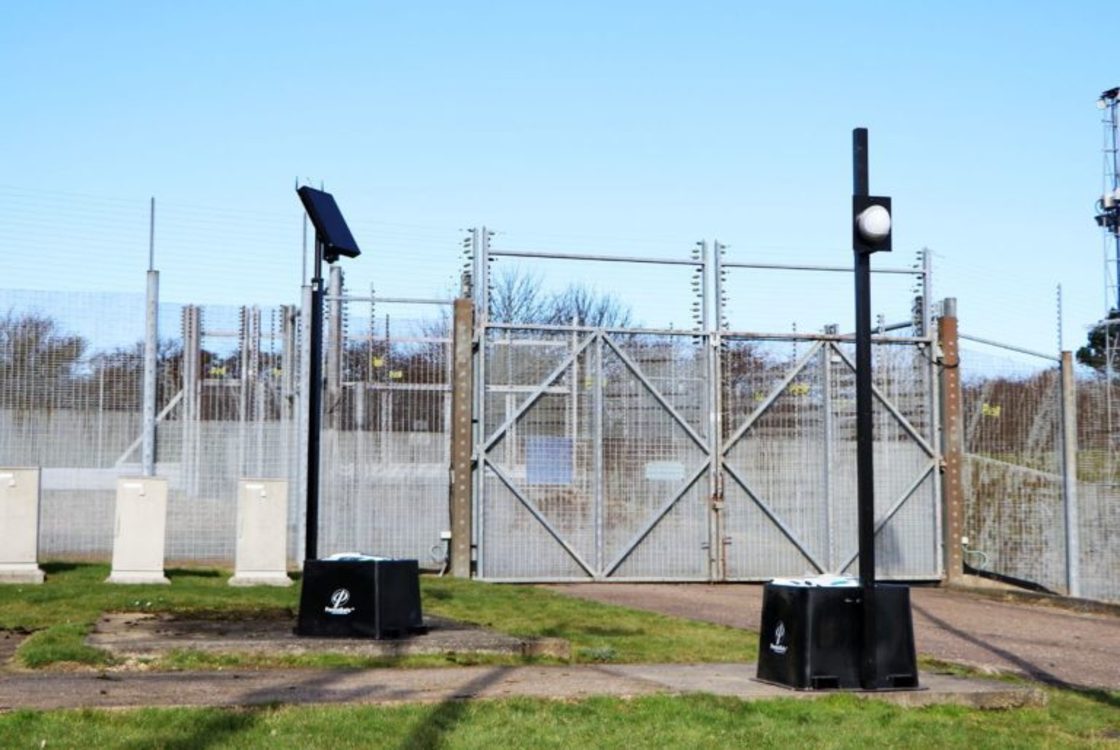 The SV5000 comprises a fully autonomous Pan, Tilt and Zoom (PTZ) Camera with wireless detection. Solar powered, it can be rapidly deployed to the world’s most remote locations around the world.

It can send instant threat detection alerts to alarm receiving centres (ARC) and send video on demand to any Android or iOS device via a dedicated app. This unique feature means that the system can sleep and save battery power until a detection occurs.

Communications are sent across a fully encrypted GSM WAN network, courtesy of a bespoke, point-to-point encrypted network and military-based compression. Other systems on the market tend to rely on data-heavy TCP IP backbones.

The system requires no hard-wired power or communication network and its detection system can be integrated with existing networks. It is mountable on either a permanent post, building, fence line or via CLD’s FenceSafe temporary fencing solution and is IP66 weather rated.

Established for more than four decades, CDL Fencing is a market leader in perimeter security and the highest security-rated access control gates.

Headquartered in Sandbach, UK the company also has offices in London, Dubai and Australia as well as distributors in Estonia, France, New Zealand, Nigeria, South Africa, Sweden and the rest of Europe.

CLD Fencing is putting its products to the test in the BRE Global/LPCB Attack Testing Zone, which will take place within Borders & Infrastructure Expo during IFSEC 2017. To give you a foretaste, watch this security door being pummeled by a flurry of hammer blows.
CLD Fencing Systems is showcasing the SV5000 on stand C1570 at IFSEC International between 20-22 June 2017 at London ExCeL.