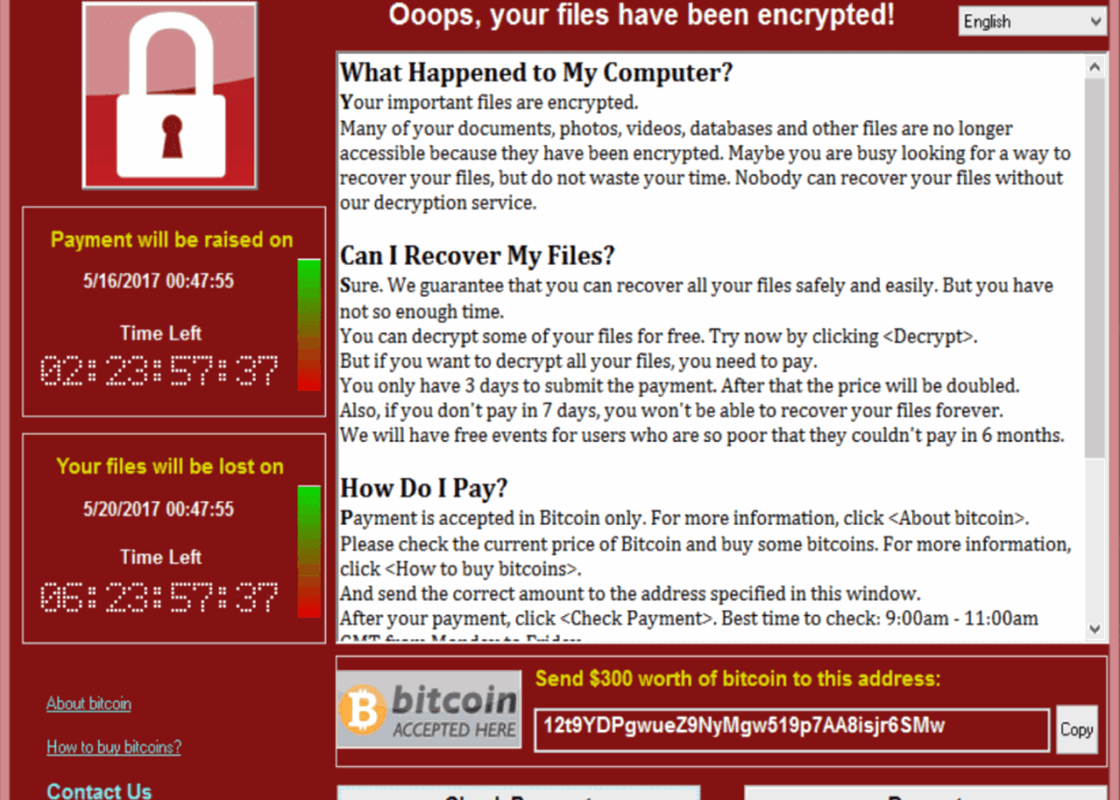 The latest cyber attack against computer users came from a group of anonymous hackers who wanted to raise money. The unknown hackers released a type of software called ransomware, which meant that users had to pay a fee to stop the software and get their data back. Currently, the software has infected millions of computers worldwide in about 150 countries. It has affected many government systems as well as healthcare systems. Few have paid the bitcoin ransom.
Is a second wave of attacks coming?

ZD Net reported that the second wave of attacks could be on the way as workers returned to their offices. Although ransomware has been a particular threat for some time now, what makes WannaCry the bigger problem is that it is combined with a worm to make it spread even faster by rapidly infecting PCs.

This first ransomware attack affected thousands of both public and private sector networks across the world. It forced many hospitals in the United Kingdom to postpone surgery for many of its patients. Many of the hospitals had to use pen and paper, and the attacks affected countries across the world including Germany, the U.S., Russia, and Spain.

The National Cybersecurity Center in the UK, which is tasked with protecting the UK's infrastructure, gave several tips for handling future attacks of WannaCry. Even though the Ransomware compromises machines across a network, it may still run undetected. Organizations will benefit from having the latest patches and updates to the operating system on their networks. Having a good antivirus software and backing up data to a remote site to keep data safe ensures that data cannot be held for ransom.

Clues point to North Korea being behind attack

The Boston Globe reported that clues leading to who is behind the attacks point to #North Korea. Security researchers who examined the malware said that the attack may indicate that North Korea is involved. The #WannaCry ransomware that affected 150 countries and millions of computer users is linked to a group of hackers called Lazarus. It is believed that the hacker group is linked to the North Korean government.

WannaCry is a ransomware that encrypts the data on the computer it infects. In order for computer users to retrieve their data, they must pay a fee to decrypt the data. White House homeland security adviser Thomas Bossert gave a briefing on the ransomware and said that investigators were still trying to determine who was behind the attacks. The goal is to find the perpetrators of the attacks and bring them to justice.