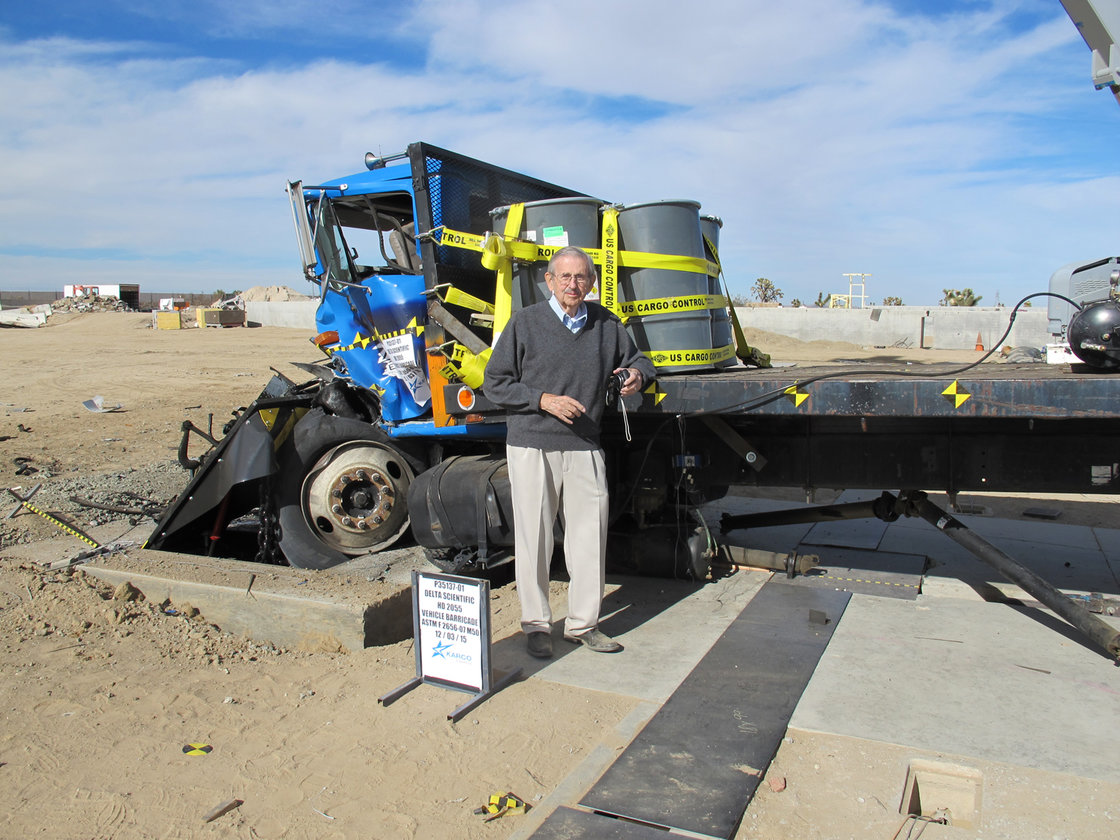 Delta Scientific of the United States announced that its new HD2055 electro-mechanically controlled anti-terrorist barricade decisively stopped a 15, 000 pound (6,803 kg) test vehicle traveling at 51 mph (82 kph) in a recent crash test conducted by an independent testing laboratory. The HD2055 barricades not only stopped the vehicle but also contained the test load representing the bombs strapped to the truck bed. The crash test result showed a less than zero penetration.

"Significantly, the operating mechanism and cams were all intact and reusable after the dramatic crash test," emphasises David Dickinson, Senior Vice President of Delta Scientific. "This level of survival is normally only seen with hydraulic barricade systems."

The new HD2055 barricade features an easy-to-install shallow foundation with an environmentally friendly electromechanical actuator, which utilises a sophisticated cam design that accelerates and de-accelerates the barrier road plate during raising and lowering. This reduces the lifting and closing force down to zero at the end of each stroke, dramatically increasing the life of the lifting mechanism.

The shallow foundation also obviates the concerns of interference with buried pipes, power lines and fiber optic communication lines. The HD2055 is perfect for high water table locations and areas with corrosive soils. It provides low maintenance, as all components are accessible from the sides or top of the barrier.

As with its hydraulic designs, the electromechanical HD2055 can be deployed as a single barricade in a narrow lane application or in extended arrays, which cover wide roadways. Each HD2055 barricade can be open or closed individually or as a group to allow the passage of both small and large vehicles.

The new HD2055 is available for order now.