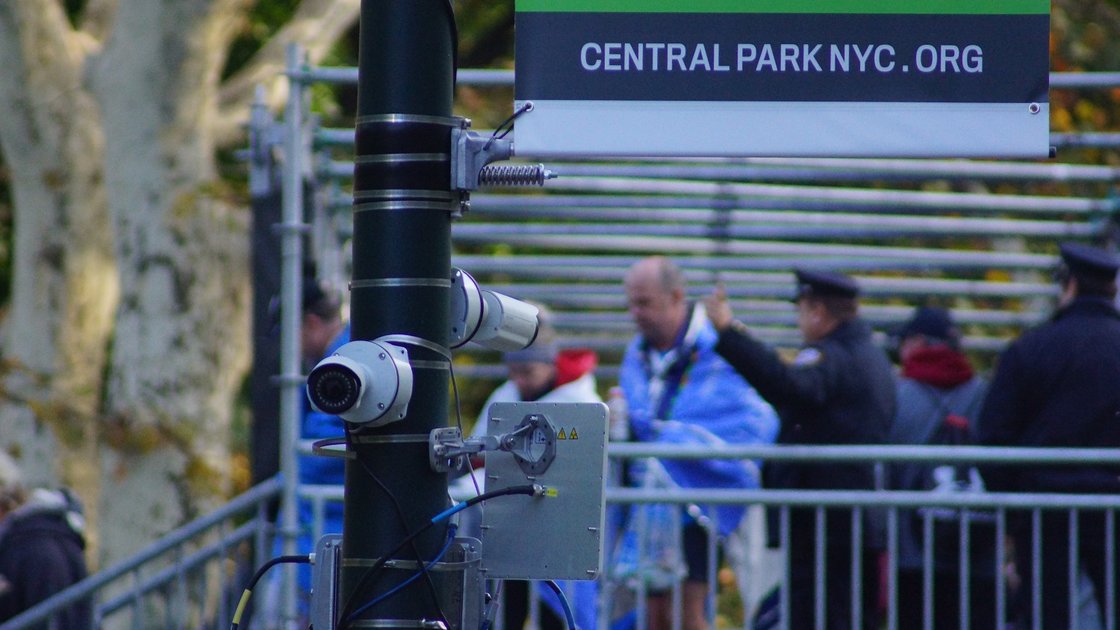 The New York City Marathon is a tradition held sacred not only by New Yorkers, but by people from around the globe who come to take part in the yearly event. Participants from more than 130 countries vie for a select number of spots to run the 26.2-mile course. The 2014 TCS New York City Marathon—held November 2, 2014—was completed by more than 50,000 runners who ran through all five boroughs, ending in the scenic embrace of Central Park. Furthermore, over one million spectators crowded the length of the course for hours to cheer runners on.

When large crowds gather in confined areas for many hours, the topic naturally turns to security. As a result of this spotlight on safety issues at large-scale and widespread events like a marathon, a comprehensive plan is put in place to keep the race runners and spectators secure. This year, the New York Road Runners (NYRR), the running club that organizes the annual race, and their medical team chose New York City-based networked technology and systems integrator Virsig, LLC, to spearhead and execute their security plans and to provide technological assistance and direction to increase safety.

Sony was chosen by Virsig to be the IP camera of choice to securely monitor the world’s largest marathon, along with support from several other global technology partners, including Firetide, Inc.—a Division of UNICOM Global; Milestone Systems; and Network Video Technologies. Sony’s cameras were required to perform multiple functions ranging from situational awareness at all entrances and exits, to threat assessment, and personnel management. More than 50 Sony security cameras were installed along the route, including the SNC-HM662, SNC-XM632, SNC-WR632C, SNC-CH260 and SNC-CH280 models, which include fixed cameras with on-board video analytics, dome, bullet, 360-degree, and pan-tilt-zoom style cameras.

Although the marathon takes place during the day, the set-up occurs over the course of several preceding days, and Sony’s cameras needed to be able to perform reliably during daytime and nighttime hours. The Sony high-definition bullet cameras that were used come equipped with infrared illuminators that provided race coordinators with uninterrupted views, regardless of lighting conditions.

Sony’s IPELA ENGINETM security cameras, which were also installed at the 2013 New York City Marathon, were coordinated through Milestone Systems XProtect Corporate, a powerful IP video management software (VMS) designed for large-scale and high-security deployments. Meanwhile, Sony’s new ultra-wide dynamic range IP surveillance cameras were placed throughout the last mile of the race in Central Park and around the finish line. The innovative SNC-XM632 IPELA ENGINE camera was used in multiple locations for a broad overview of the areas around the entranceandexitpointsattherace. The camera has a 113-degree wide angle field- of-view and a hi-res, full HD imager, allowing for images that were far more detailed and expansive than anything used in the past.

The weather leading up to the marathon was very challenging, including freezing cold temperatures and rain, so it was important for Virsig to use cameras that were durable, reliable, and self-sufficient. Sony’s security cameras automatically adjust to meet requirements in lighting and environment and hold up to the unpredictable demands of the weather. This ensures that race managers can deal with unforeseen circumstances and medical emergencies and can rest assured that the cameras will perform their functions without the attention of a team.

The casual observer may not have noticed Sony’s cameras or seen them on the front lines of the marathon, but according to all involved, it was a job well done. Runners were able to focus on their exhausting task while race organizers could concentrate on logistical issues and medical matters without worrying about the overall safety. Sony’s end goal of maintaining a secure and worry-free environment for the more than one million people involved in the world’s largest race was met, for the second year in a row.