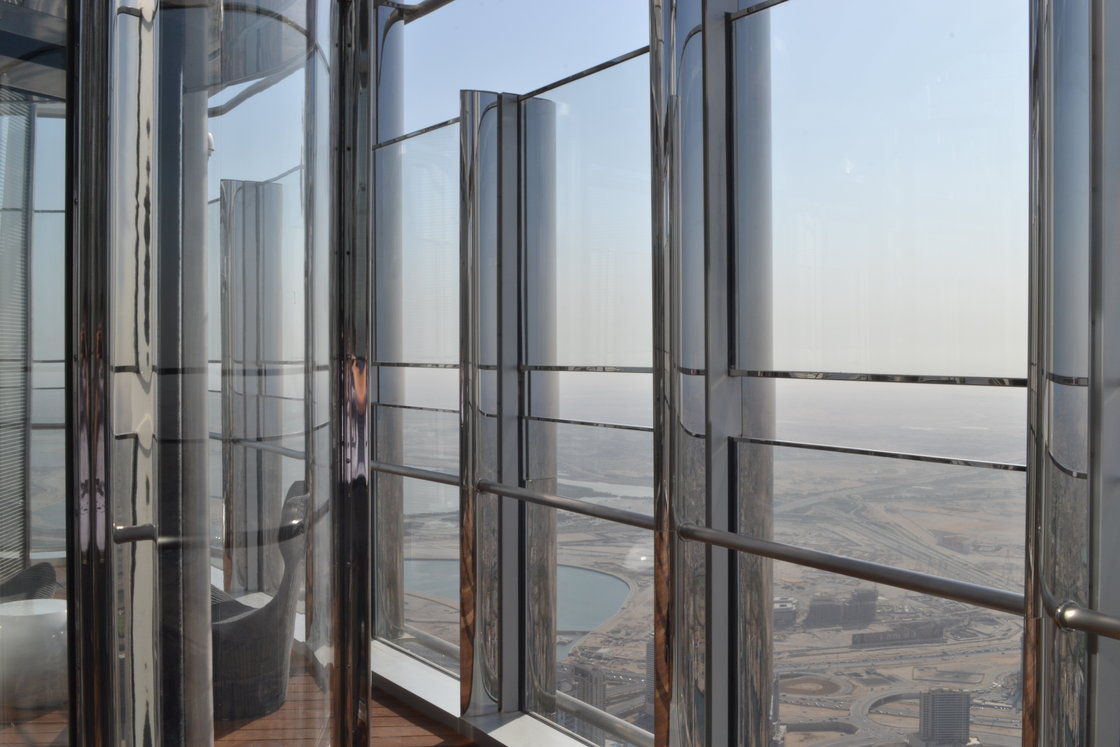 The Burj Khalifa broke numerous records when it opened in 2010. The tallest building in the world boasts the tallest free-standing structure, the largest number of stories, highest occupied floor and the elevator with the longest travel distance. Recently, it added another record to its resume: "At the top - Burj Khalifa Sky" is now the highest outdoor observation deck on earth. Boon Edam has its own share of this newest record by installing the highest revolving door in the world to provide access to the new viewing platform.

On Top of the World

The UAE are renowned for their record-breaking structures, and the Burj Khalifa is a highlight on that list. Opened in 2010, it is now the tallest building in the world and is likely to maintain this record for some time. When it opened, the world's highest outdoor observation deck was on the 124th floor. The new "At the Top - Burj Khalifa Sky" while not quite literally at the top of the building--it's on the 148th of 160+ floors--does come close. This new outdoor viewing platform gives visitors who don’t have a fear of heights a stunning view over the city 1821 feet (555m) below them.

Having installed the revolving doors on the 124th floor observation deck, Boon Edam was contacted again to provide the entry for the new deck. At these incredible heights, the demands placed on the entry are more extensive than in your run-of-the-mill building. They have to be able to withstand wind speeds equivalent to an F3 class tornado, more than four times as much as a normal revolving door would be able to handle. For the 124th floor deck, Boon Edam was the only manufacturer able to meet this challenging demand. With these revolving doors functioning to full satisfaction for five years already, Boon Edam was the obvious choice to provide the new door as well.

Boon Edam installed the same specially-engineered TQM revolving door on the 148th floor as was installed on the 124th floor. This new project however posed an additional challenge: moving all materials from the basement to the 148th floor. Materials first had to be taken up to the 111th floor in one lift, then transferred to a second lift that would take it up to the 149th floor where everything had to be manually brought down one floor for final installation.