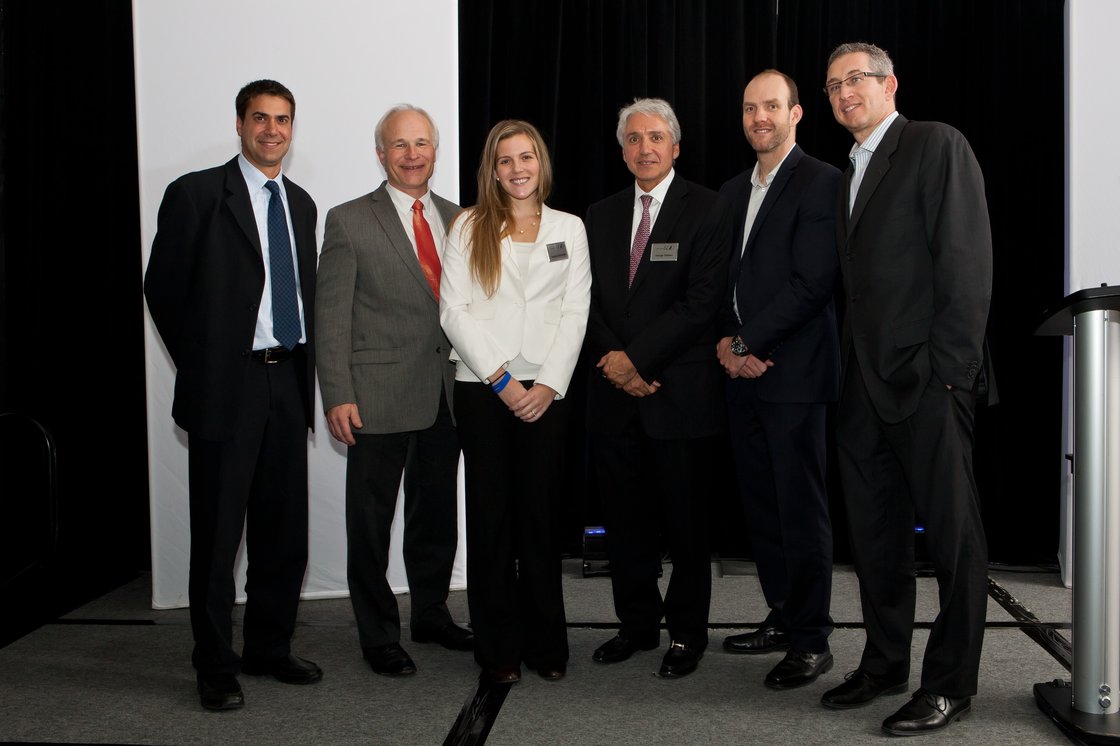 Mission 500 launched in the Canadian Security market during Security Canada Central Expo which was held at the Toronto Congress Center October 22 – 23rd.

To kick-off the Canadian launch of Mission 500, former Major League Baseball right fielder and Toronto Blue Jays legend, Jesse Barfield made an appearance the first day of the expo to take photos with visitors and sign autographs. Jesse Barfield was considered “the best outfield arm of the 80s” when he played for the Toronto Blue Jays.

Later that evening, Mission 500 was featured at SP&T News’ annual Integrator and Security Director Award’s dinner sponsored by Anixter. George Fletcher spoke to the crowd and played a short video. He emphasized the fact that Corporate Social Responsibility was transitioning from charity to an important engagement tool for organizations to create significance for stakeholders, resulting in higher productivity, profits, and customer and stakeholder satisfaction.

During the Expo, Canadian manufacturer RBH Access committed to support Mission 500’s efforts with a $5,000 commitment, which will be used to sponsor nine children. In addition, RBH Access signed on to be a sponsor of the Mission 500 Security 5/2K at ISC West 2015 in Las Vegas.

"I have followed Mission 500 at events in Mexico and the USA, and the things they are accomplishing are wonderful. I believe in the need to support all children in crisis so I had no hesitation in committing as one of the first Canadian companies to join the industry-wide effort," stated Kanty Riarh, president and founder of RBH Access Technologies Inc.

Pelco by Schneider Electric designated a generous portion of their booth space in support of Mission 500, giving them the opportunity to display child sponsorship packages. Pelco also showed their support by featuring a slide show of their engagement with Mission 500 over the years, including the Security 5/2K and various Kit Builds they have sponsored.

Mission 500 continues to expand their objectives through the efforts of many great people in the industry who are choosing to make a difference. Supporters now include over 50 volunteers in four countries. A new Canadian volunteer committee has been formed and is led by Paul Grossinger of SP&T News. Other committee members include: Silvia Fraser (City of Toronto), Shawn Gore (CDVI Americas), Robert Moore (Axis Communications), Clark Northcott (Pelco by Schneider Electric) and Neil Parekh of World Vision Canada. The Mission 500 goal in Canada as in other countries is to reach at least 500 sponsored children.

World Vision is one of the largest non-profits in Canada – over 500,000 children are sponsored through their programs – representing about 10% of the four million they sponsor globally.