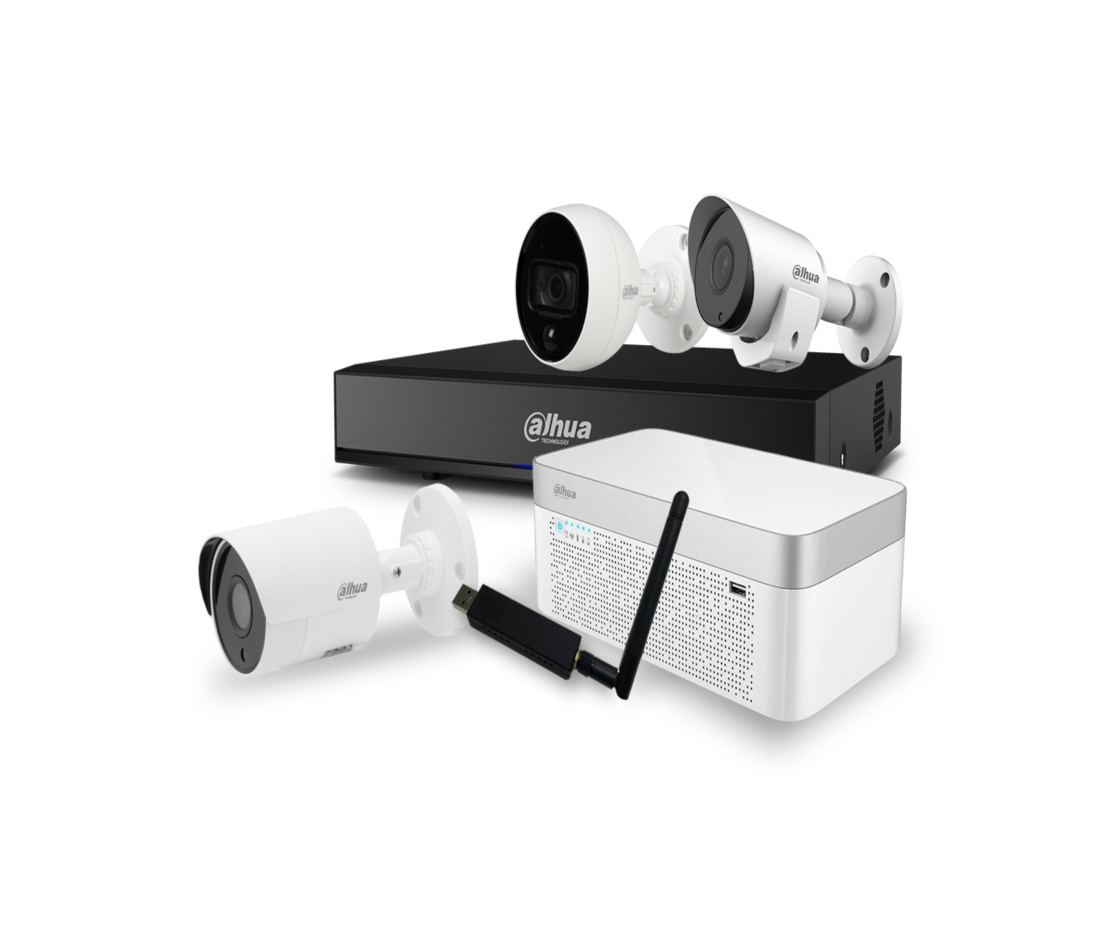 HDCVI-IoT is an IoT infrastructure based upon HDCVI technology
Views: 108

IoT (Internet of Things) means linking devices together. HDCVI-IoT is an IoT infrastructure based upon HDCVI technology, offering a comprehensive ecosystem linking conventional HD-over-Coax video and audio data with sensor information (such as temperature & humidity) and alarms. This offers users potential risk warnings with visual evidence, allowing them to secure personnel and property across all dimensions.

As 2MP HDCVI Temperature and Humidity Camera, it records and uploads video with real-time environmental information using built-in temperature & humidity sensor, perceiving sudden changes for early warning. It boasts a detection range of -40℃~60℃ /10-95%RH with an accuracy of ±2℃ /±5%RH.

It is a 2MP HDCVI Gateway Camera that integrates up to 32 wireless alarm devices such as smoke detector, door contact or siren, to establish a corresponding system providing visual records for triggered alarms, with built-in Airfly transmitter supporting global frequency 433/868/915Mhz.
MotionEye Series

The HDCVI-IoT USB Dongle attached to the XVR enables access to multiple wireless alarm devices, such as smoke detectors or door contacts, within a transmission distance up to 500m.

Warehouse of Food, Medicine and Chemicals

Temperature and humidity must be kept within specific range to reduce damage or danger. With HDCVI-IoT, when the concerning index goes beyond the number you set, the alarm will be triggered instantly.

The growth of plants and animals are very sensitive to the environment. HDCVI-IoT, with real-time environmental data superimposed on the monitoring video, optimizes management efficiency.

Check out HDCVI-IoT at ISC West 2018 during April 11th–13th. By integrating sensing information, video and IoT, HDCVI-IoT offers you comprehensive surveillance. With a mission of “Enabling a Safer Society and Smarter Living”, Dahua will continue to focus on “Innovation, Quality, and Service”, to serve partners and customers around the world.

*Product launch date might be varied depends on countries