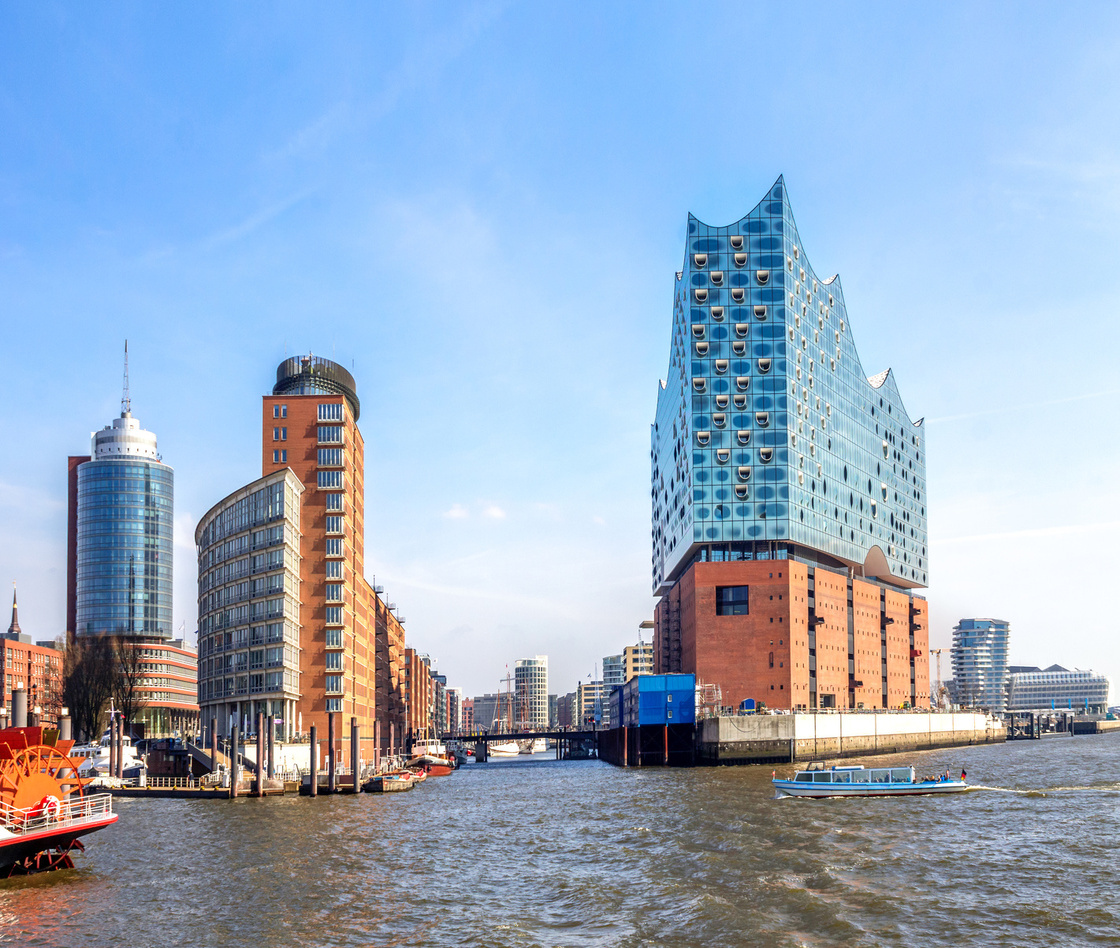 The ceremonial opening of the Elbphilharmonie in Hamburg was celebrated on 11 January 2017 with a gala evening attended by many leading lights in politics, business and culture and a concert by the NDR Elbphilharmonie Orchestra. A video security system by Dallmeier formed part of the arrangements providing security in and around the new city landmark and protection for the inaugural guests, who included German President Joachim Gauck and Chancellor Angela Merkel. The full-IP system was planned and installed by Hamburg-based DEKOM Video Security & Network GmbH, a member of the Dallmeier group of companies.

Built in 1875, the Kaiserspeicher building serves as the historic backdrop and architectural foundation for the fascinating Philharmonic hall, which towers well over 70 metres above it into the Hamburg sky. Originally a warehouse and once the largest of its kind in the Hanseatic League city, the Kaiserspeicher was still in use as late as the 1990s. Nowadays, behind its imposing brick façade the building has room for an extraordinary restaurant, modern multipurpose rooms and the car park. Even as they drive in here, visitors can already rely on the discreet work being carried out by the building-wide video security system, which guarantees orderly traffic flow and theft-proof parking spaces. About a dozen weather-proof Dallmeier infrared cameras are located strategically to keep watch over all the entrances and levels of the car park. The DF4920HD-DN/IR type cameras deliver high-resolution video material even in darkness. The ultramodern recording devices are covered in a surface finish designed especially to reflect the remarkable character of the building as a whole.

Besides the “car park” utility area, five more areas - each with different requirements – were defined in the planning phase for the net-based video system, so that they could still be combined into a single, overall system: Concert hall, Hotel, Residential, Restaurant and Plaza.

As an area open to the public, it was important to make specific video analysis options available for the Plaza. The Plaza is located on the 8th storey, at a height of 37 metres, and is reached from the building lobby via the “Tube”, an 82-metre-long moving walkway. Since this is a heavy traffic area, it was considered necessary to add an intelligent analysis system for the image information supplied by the first line of protection, the cameras. Consequently, a process for automatic detection of objects, particularly unattended packages is in operation.

The entrance to the lobby of The Westin Hotel Hamburg is on the same level as the Plaza, which increases the likelihood that suitcases or the like may be left or even forgotten here. Video detection helps to keep the Plaza clear of obstructions. The video analysis take place on dedicated servers and even includes a people counter: Virtual boundaries are defined in the image, and these serve as a counter threshold that detects visitors individually as they enter or leave a detection zone. In addition to the total number of visitors, movement trends and peak times can also be discerned. Using this data management can make well-founded decisions about the layout of retail space such as that of the Elbphilharmonie Shop, for example. At the same time, they may also reveal consideration points for the continuous improvement of emergency and evacuation plans prescribed by the fire and police services. Notwithstanding their benefits for other applications, the combination of recording and analysis aims primarily at ensuring the safety of the building and protecting visitors to the Philharmonic hall, hotel guests and tourists.

In total, security management for the Elbphilharmonie is supported by more than 300 camera systems spread throughout the building and its outdoor surroundings, including the Panomera® patented multifocal sensor system by Dallmeier. The Panomera® was developed specifically to be able to capture enormous expanses as well as large distances, and it has been deployed at a number of locations on the premises of the Philharmonic hall. Among several benefits, the MFS technology also safeguards the building on the riverside. And with their new, specially coloured surface finish, the Panomera® models can be integrated unobtrusively in the architecture of the new city symbol.

The seamless interaction of all system components is directed via the high-performance, user-friendly SeMSy® III video management system. The operators can see everything at a glance at the six specially configured workstations, and can respond rapidly to any dangerous situations by automatic actuation of the necessary cameras, for example. DEKOM managing director Wolfgang Haack is also in no doubt that the pioneering Dallmeier video system will render an important contribution to the untroubled enjoyment of the Arts and Culture