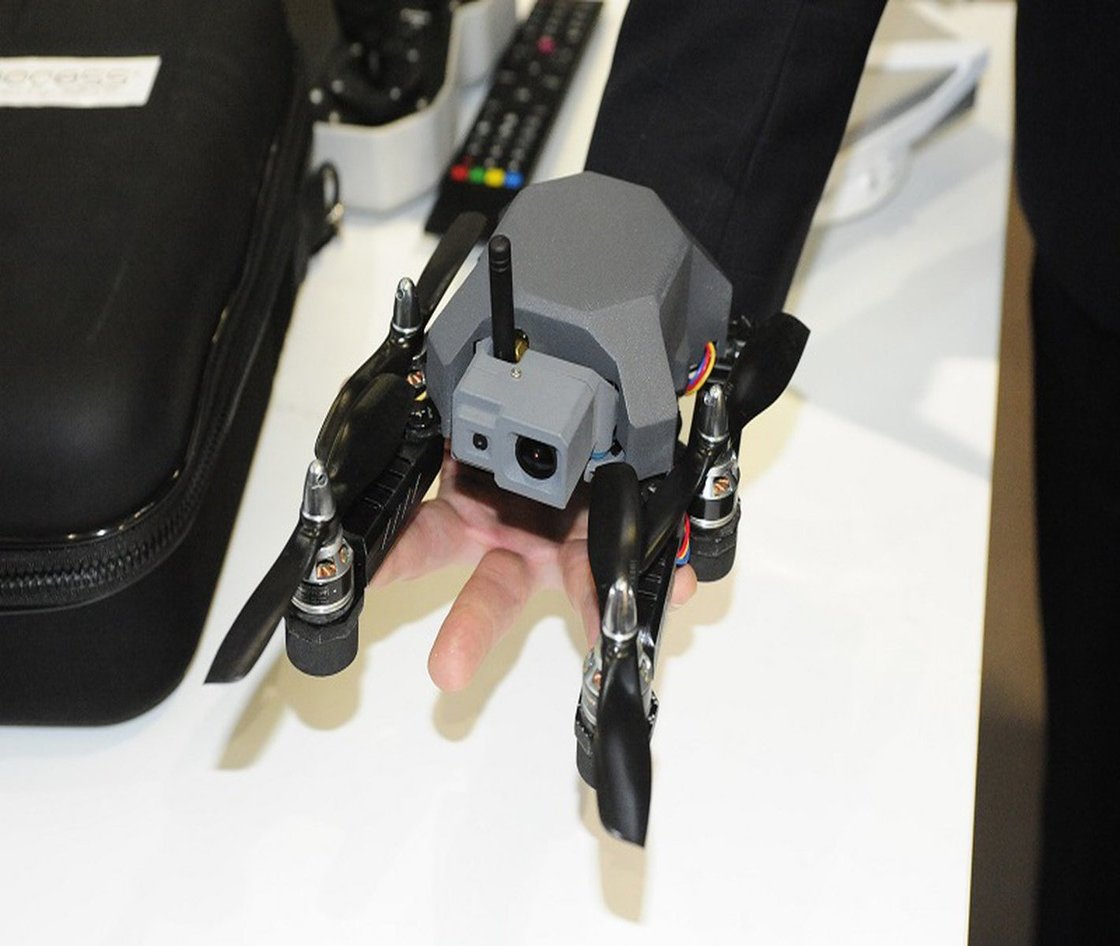 The Hawkeye is fitted with a day and a thermal camera, is powered by four electric engines, has an endurance of 25 minutes, a range of 2km and a weight of 600g.
Views: 93

According to Shehzaad Callachand, general manager at Aeraccess, the Hawkeye has been designed to carry out ‘over the wall’ reconnaissance in support of special operations forces (SOF). The drone is also capable of conducting perimeter surveillance and monitoring duties.

As Callachand detailed to Shephard, the Hawkeye was developed based on feedback from existing military users of small UAS, with Aeraccess trying also to anticipate future operational requirements in this field.

The Hawkeye is fitted with a day and a thermal camera, is powered by four electric engines, has an endurance of 25 minutes, a range of 2km and a weight of 600g. It can operate in temperatures ranging from -10°C to +50°C. The system uses a fully secured Mesh network with an encrypted 128 bit datalink for real time video feed.

The Hawkeye can take-off and land automatically and fly autonomously following a pre-planned route with different waypoints.

It is stored folded in a padded case with its ground control station (GCS). The compactness of the UAS and its GCS mean that the case can be transported in a small backpack or a large utility pouch which can be affixed directly on an operator’s body armour for example.

As Callachand highlighted, several orders have already been placed for the new drone, with one unnamed SOF unit having purchased 10 examples. First deliveries are expected to take place in January 2018.

Callachand explained that the Hawkeye’s dual cameras, its small size, light weight and fully encrypted communication network make it unique in its category. Priced at €5,000 ($5,900), the system is likely to spark some interest among a range of forces, the company added.

Aeraccess is also working on integrating its unmanned systems onto a mobile (vehicle) platform, with the support of Pronergy, a French company specialising in system integration, automation and electric energy conversion and storage.

As Florian Eeckeman, sales engineer at Pronergy, explained, work with Aeraccess has focused on developing a storage and protection base for the UAS which can be used statically or aboard a vehicle.

The base is intended to support the autonomous operation of the drone, with minimal human involvement. It can reload the drone’s batteries and, when the UAV is not flying, protect it from the weather as well as external aggression. The mobile version mounted on a vehicle has the same capabilities.

As Eeckeman noted, work on the latter is underway. The integration process does not involve simply fitting the base onto the vehicle, but also integrating it into the Car Area Network (CAN) which coordinates all the electronics aboard, with a human-machine interface and a video terminal with a direct feed from the UAV being fitted.

According to Eeckeman, tests and demonstrations of the system are to take place during Q1 of 2018, using an Aeraccess Q800 all weather UAV. However, as Callachand explained, the idea is to eventually be able to integrate all its current systems, including the Hawkeye and the Sparrow Hawk.

According to Eeckeman, the field of application for the technology is wide. When used statically, a UAS base can be employed for perimeter security, with the UAS being launched either on scheduled patrols or to respond to a sighting or intrusion.

In the case of the vehicle mounted version, convoy security is one field considered, with the system being launched to recce an area beyond a physical obstacle and make sure it is clear of any threat.