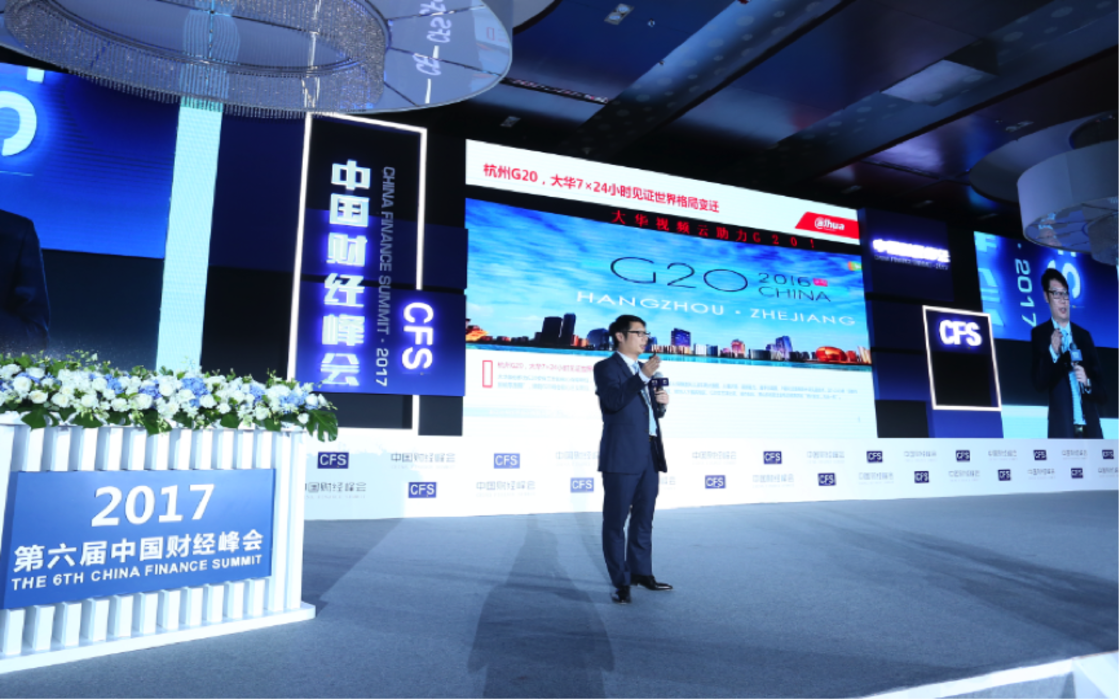 Mr. Li Teng Presenting “From made in China to Innovated in China” Keynote Speech
Views: 39

Hangzhou, China - Recently, the “6th China Finance Summit”, one of the most influential forum on China’s economy, was held in Beijing. During the summit, General Manager of Dahua Operation Management Center, Mr. Li Teng, gave a keynote speech about the paradigm shift from “Made in China” to “Innovated in China” using AI (artificial intelligence) applications as examples.

The China Finance Summit was initiated in 2012 by numerous financial and mass media institutions. This year’s summit is themed as “The New China Economy: Transformation and Change” and gathers over 800 distinguished representatives in the field of business, economics, media, entrepreneurs, youths to summarise their industrial experience and to face challenges and development together.

In his keynote speech titled “From made in China to Innovated in China”, Mr. Li Teng talked about the rise and achievements of the Chinese enterprises under the strategic background of “Made in China 2025”. From 2008 to 2016, China’s total investment into R&D has grown from 457 billion RMB to 1,544 billion RMB, presenting an increase of 237.86%. According to Global Innovation Index 2017 which was issued by WIPO (World Intellectual Property Organization) together with Cornell University, China is now ranked 22nd in the totally 127 listed countries.

Mr. Li Teng stated that China is now leading the world in certain fields of industry, such as Mobile Internet, High-speed Rail, and Video Surveillance. He showcased Dahua’s success in securing world-renowned large-scale projects such as the Rio 2016 Olympics, 2016 G20 Hangzhou Summit, and the World Internet Conference held in Wuzhen as examples of the application of Dahua’s big data, AI-deep learning, IoT and other smart technologies for safeguarding major events.

Mr. Li Teng’s speech highlighted the importance and the probable paths for Chinese enterprises to transform from “Made in China” to “Innovated in China”. With a mission of “Safer Society, Smarter Living”, Dahua will continue to focus on “Innovation, Quality, and Service” to invest in innovation and quality to deliver world class products and services to customers.